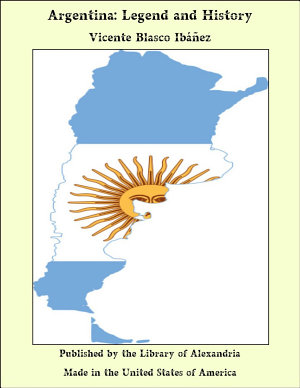 ÊIf we wish to understand Argentina, we must begin first of all by familiarizing ourselves with one pivotal sentiment that has permeated and controlled every aspect of Argentine life and development since colonial days. This sentiment is an exalted and haughty patriotism, so intense, indeed, that the tone with which an Argentine says ÒSoy argentinoÓ, is no whit less assertive and proud than that in which citizens of ancient Rome were wont to say ÒCivis Romanus sumÓ. Whatever the origin of this sentiment, the evidences of it are irrefutable. Argentina has to-day about nine million inhabitants: of these, fully two thirds are of recent foreign origin, mainly Italian and Spanish, and to a much smaller extent, English, French, and German. Argentina, in other words, has relatively a much larger population of recent foreign extraction than the United States. Nevertheless, the hyphen does not exist in Argentina; and the terms Italo-Argentine, Hispano-Argentine, Franco-Argentine, etc., are entirely unknown. The jealous and uncompromising patriotism of the Argentine makes hyphenated national designations impossible. If we turn from the evidence of purely popular sentiment to the more sober and more controlled evidence of literature, we find the same thing. Take away from the literature of Argentina the theme of patriotism, and you have taken away its most distinctive and its greatest life-giving element. It has been said, and justly, that the Italian literature of the nineteenth century centered entirely about the theme of Italian unification, voicing during the first half of the century the aspirations of her great men for a united Italy, and during the second half intoning the p¾an of joy at the accomplishment of those aspirations. The same may be said of Argentine literature. The names of the great leaders of her immortal Revolution, both against the mother country and later against the internal caudillo tyrantsÑthe most important of whom was RosasÑand the deeds that they performed, recur again and again through the pages of her men of letters, whatever be the form of literature they engage in, narrative, dramatic, or poetic.

ÊIf we wish to understand Argentina, we must begin first of all by familiarizing ourselves with one pivotal sentiment that has permeated and controlled every a

Dictionary Catalog of the Research Libraries of the New York Public Library, 1911-1971

This volume of the "Inter-American Yearbook on Human Rights" covers the year 1991, and contains all the documents and information (in English and Spanish) conce

This volume of the "Inter-American Yearbook on Human Rights" covers the year 1989, and contains all the documents and information (in English and Spanish) conce