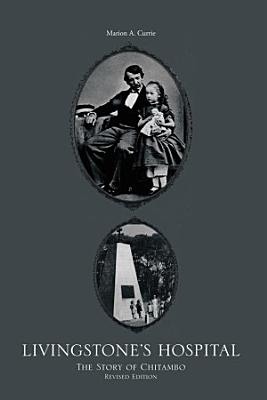 Scottish medical missionary-explorer David Livingstone wandered off course in his search for the source of the Nile and died from blood loss in May 1873 in a remote corner of north-eastern Zambia. His heart was buried under a tree in Chief Chitambo's village and his mummified body was carried back to the coast by some of his loyal companions. His remains were returned by sea to Britain and he was given a hero's burial at Westminster Abbey on the 18th. April 1874 Chitambo Hospital was built in memory of Livingstone over a hundred years ago, by his nephew, Malcolm Moffat. Two of Livingstone's grand-children worked there and his youngest daughter, Anna made a pilgrimage to the spot in 1915. Generations of nurses and doctors followed in Livingstone's footsteps and gave of themselves to keep the hospital running. Livingstone's Hospital sets out to tell the story of a vibrant and living memorial to one of history's poorly-understood heroes.

The Ferrying of Dr David Livingstone from Zambia to East Africa

While this book is primarily not concerned with British imperialism or colonial history, it has been written to contribute to the study and understanding of the

During the WWI, more than 80,000 Chinese labourers were secretly transported from China across Canada to the Western Front where they built bridges and roads, r

We See a Different Frontier: A postcolonial speculative fiction anthology

This anthology of speculative fiction stories on the themes of colonialism and cultural imperialism focuses on the viewpoints of the colonized. Sixteen authors

A biography of David Livingstone giving a balanced account of his strengths and weaknesses. Revered for years as a saint, he was in fact a much more interesting

David Livingstone: The Wayward Vagabond in Africa is an expression of doubt about the raîson d’etre concerning the 19th Century explorers and missionaries in

The Personal Life of David Livingstone