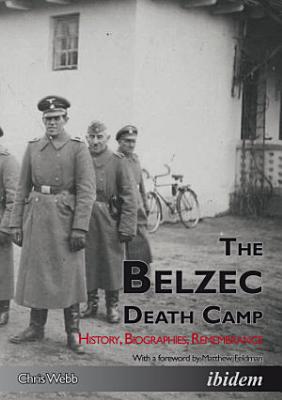 This book is a comprehensive account of the Belzec death camp in Poland, which was the first death camp to use static gas chambers as part of the Aktion Reinhardt mass murder program. It covers the construction and the development of the mechanisms of mass murder. The story is painstakingly told from all sides—the Jewish inmates, the perpetrators, and the Polish inhabitants of the village of Belzec, who lived near the factory of death. A major part of this work is the Jewish Roll of Remembrance, which covers the few survivors and the lives of some of the Jews among the many hundreds of thousands who perished in Belzec. The book is richly illustrated with historical and modern photographs, some of which are previously unpublished, as well as documents and drawings.

This book is a comprehensive account of the Belzec death camp in Poland, which was the first death camp to use static gas chambers as part of the Aktion Reinhar

It is often only years after the commission of core international crimes that prosecutions and investigations take place. This anthology addresses challenges as

After four years of Trump, America seems set to return to political normality. But for much of the rest of the world, that normality is a horror story: 75 years

The Long Road To Justice

Justice, or the lack of it, has caused many people many problems, and how to correct injustice has always been a problem for the human race. There was a Bible w

"In this follow-up to his much-praised book Losing Small Wars: British Military Failure in Iraq and Afghanistan, Frank Ledwidge argues that Britain has paid a h

Bumps on a Long Road

The anthropologist author continues his experiences as he travels to meet colleagues and then after retirement for his own explaration. That introduces him to f

"In most societies, courts are where the rubber of government meets the road of the people. If a state cannot settle disputes and enforce its decisions, to all

A Long Road to Justice

A Long Road To Freedom